On March 11, 1993, two days before the federal election, Prime Minister Paul Keating exposed the Abbott governments intentions for a neo-liberalist, neoconservative (Preferably referred to as ‘Economic Rationalists’ by Coalition parties then and now) Australia, 21-years before the Abbott government actualised Paul Keatings warnings, and now, as Luke Ryan so eloquently states, we are fucked! (Since Pyne can use the ‘C’ bomb, I can use this word :)).

If Tony Abbott and his band of fear mongering troglodytes are allowed to win the 2016 federal election, Australians and Australia are fucked!

If you would like to know what the Abbott Government has in store for Australia, for Australians, then watch this 120-minute explanation by the 1993 Labor leader and Prime Minister, Mr Paul Keating. As PM Keating speaks the name ‘Hewson or John Hewson‘, substitute, within your perception of the travesties Keating warns Australians about, Hewsons name for Abbott.

If you think, ‘I’ve had enough, I will just vote for the ‘Sex Party (a micro Party)’ then you are wasting your vote. You are wasting it because only one of two parties will be in government in 2016, Labor or Liberal.

Your vote is wasted because of preference dealings; if you vote for the sex party (Micro parties) and a ‘dealer’ has made deals to preference ‘Your’ vote to a major party, and the Greens, PUP, Independents or even the Nationals (minor parties) preference their votes to one of the major parties; Labor or Liberal. So your ‘protest vote’ against the major parties, might well end up getting the party you really do not want to govern you, governing Australia.

The 2016 federal election is an extremely important election.

If the Abbott government are re-elected, then everything, and more, that they have passed down in the 2014 budget, will happen, to you, your family, your children, your grandparents ….

Vote for YOUR future, not Tony Abbotts.

The Abbott government spouts a new America for Australia, one where healthcare results in placards carried by the most vulnerable, with the initials DNR (Do not resuscitate) carved into them, because they have no access to healthcare, one where a two tiered class systems, that has resulted from an absolute annihilation of wages and conditions, mass sackings and destruction of workers rights agendas, that crush the Australian people, the Australian will, and just when you think that it could not get any worse, you are offered work for the dole or die.

It will be an Australia so wound up in American style crime and hourly murder statistics, that those Australians left, after the spiked heels of the new neo-liberalist conservatisms have fractured Australia to its core, the new pheasants (previous democratic Australian workers), plead the aristocracy for mercy and all is lost, because Australia reached an equinoctial point in its history, and failed to read the signs, failed to heed the warnings, failed to remember what was to come should the Abbott government win at the 2016 federal election.

So, Paul Keating traveled back in time and tried to shift Australia onto its correct path, and for a time he was successful. The Labor government instigated great policy, a great future for all Australians such as 30+ years of Medicare and the Superannuation that many are beginning to utilise to enjoy a retirement.

The 2016 federal election is an extremely important election. Please vote for the Major party you want to represent you, its the only way to ensure that YOUR vote has been counted.
The Face of the Liberal National Coalition Party in 1993 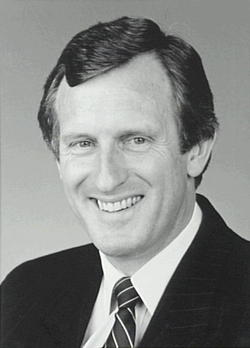 John Robert Hewson AM is an Australian economist, company director and a former politician. He was federal leader of the Liberal Party of Australia from 1990 to 1994 and led the party to defeat at the 1993 federal election ().

The Face of the Liberal National Coalition Party in 2013

Here’s the equation, people. Tony Abbott and his merry-making, shit-licking band of shambling zombies have taken a gigantic, liquid dump on the entire country. In one fell swoop, they have transformed this election from a battle between two equally bad options into a conflict between Gandhi and the guy who came up with the concept of gulags. They do not deserve to be in power. They don’t deserve to be anywhere near power. They deserve to be chained up in a dungeon somewhere, so far away from power that they cannot even remember what it felt like to be able to make a decision for themselves (Source).

There are a lot of costings, percentages, forward estimate billions amongst many other fearful dollar amounts being bandied about Parliament question time, in right winged media outlets and now, in our heads. Australia is in a great international and national economic position(s), with Australia’s AAA credit rating of being 33.1% of gross domestic product (GDP) […]

Some Merry Deep and Meaningfuls to Mull Over

People in Need: Australian NFPs, Charities and her People

Just one small action can change a life, never doubt that truth. After a day traversing busy city streets, after experiencing noises that could only be emitted from the ever devouring beast of daily life and its destruction upon human sanity, encompassing all life forces within its bounds, I finally found respite in a dingy […]