Human is a land dweller and even at one time a tree dweller. A shark is an ocean dweller, it is there home and maybe long ago they could walk on land, but as far as i am aware, they do not anymore. 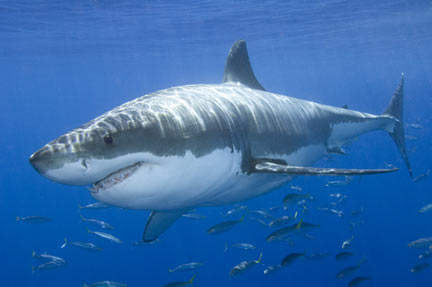 We invite ourselves into a sharks habitat, we know that it is possible they are nearby, its where they live. I am really sorry that some people are attacked by sharks and some die, but the shark does not think to itself ‘oh, a human, I think I will eat it’. A surfer especially, understands that there is a high probability that they are sharing their swimming/surfing activities with sharks and other fishes, who live in the oceans, and surfers more than many other humans would be the last ones to want all sharks in that area to be slaughter for doing what is a natural activity, in their oceanic home.

I also understand the grief experienced by family and friends of shark attack victims, but most times even they do not want sharks hunted down and killed. Maybe a better education for those who are only occasional ocean visitors, as to who actually owns the oceans, what lives in the oceans, so that they may take better precautions with the children and themselves when spending a day on the sea shore.

But you know a shark attack did not used to be that common, but due to climatic changes and warming of the oceans, more fish are moving into areas that they do not usually frequent, and as fish are a source of food for sharks, they follow. Maybe the ‘catch-and-kill policy’ should be redirect to easing climatic changes and the warming of our oceans and earth and everyone, every animal, will retreat back to their normal habitats. Animals, mammals, fish and sharks do not want to be around humans, we are their greatest predator, but with global felling of old forests, more oil rigging in the seas, oils spills from our shipping vessels, pesticides infecting water ways that ultimately end up in the seas and more.

Humans, the ultimate predator. We abuse it and every other living thing suffers, even plants.

Much like the movie, ‘Animal Farm’, composed by George Orwell in 1945, and turned into a movie and released in October, 1999, the Australian Liberal Parties, both state and federal seem to have ‘organised’. We have the Federal Liberal Party revolting against; The Australian labor Party: The Australian Labor Party is Australia’s oldest political party. […]

This veteran Labor MP’s response to a letter from the CEO of a hospitality industry: Australians at risk of losing Sunday penalty rates.

This veteran Labor MP’s response to a letter from the CEO of a hospitality industry lobby group is going viral, after he explained exactly why weekends are still important to many Australians at risk of losing Sunday penalty rates. To read the accompanying article, please click this link

You can’t scream and cry about budget problems that you feel Labor left you with when you: Gave the RBA $10b Spent another $4m for Abbotts new BMW Spending a further $2m for the leasing of BMWs for the G20 Summit next year Cut money from Child Care and tried to shame those who would […]