Since Abbotts slim win in 2013, many corporations have sacked many Australians. The Abbott government included (12000 public service sector jobs through Abbotts version of ‘natural attrition). 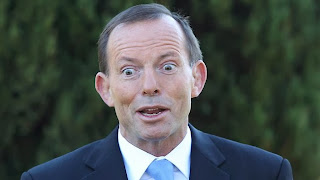 Now, Abbott has begun to work on Toyota, and his actions champion poorer working conditions for Australians and lower wages. Australia is about to become a third world country just so they can get a job.

Car parts companies will fall victim to the Holden shutdown, its just obvious, who will they supply their wares too? The Federation of Automotive Product Manufacturers, warns that up to 40,000 jobs are at stake.

“If you cut the trunk down, the branches come down with it.”

“The problem with Toyota is that they’ve approached their workers to reduce wages and conditions without any plan of future investment,” said ACTU secretary Dave Oliver.

“It’s not the wages and conditions that are going to decide the future of Toyota, it’s going to be the knock-on effect of what happens in the auto components sector and what kind of support the Government is going to do.”

So instead of propping up the car industry in Australia, the Abbott government would much rather be paying centrelink payments for so many unemployed persons, possibly paying more that it would have cost to assist Holden.

Its quite humorous to watch Tony Abbott, the man who spent 4-years of his life blaming anything and everything that he and Bishop could muck rake out, declare that with Holden leaving Australia that, ‘its not a time to play the blame game, its not a time for recriminations.’

Of course it is Tony, you did it, Bishop went above and beyond to do it, so of course you will be blamed.

You did not offer to assist Holden after proclaiming that ‘Australia was open for business’, and now Holden are leaving. The people losing their jobs are losing them, because you would rather pay welfare than help to provide a wage.

Some ‘memorable’ lines from Tony Abbott you may have missed

Julie Bishop, who is she I was asked

Recently I was asked “who the hell is Julie Bishop, I have looked and I can find nothing about this woman, so why is she on the Liberals front bench? (My Father)” This is Julie Bishop. Julie Bishop was the lawyer for Slater & Gordon’s biggest asbestos cases. Time is no mans friend… I mean […]

Re-post Will Hodgman Promises to Only Govern in Majority

Will Hodgman, like Tony Abbott has said that the Tasmanian Liberals will only govern in a majority. Hodgman began his electoral campaign straight after the federal election with this: Will Hodgman rallies Tasmanian Liberals “They’ll run a dirty campaign because they can not run on their record, they don’t have one,” he said. “We will […]

Part 2 – SKPress Pages archive site free for you to download